I am sure that you guys would have read this in many restaurant's  menu card.. So, what is this Pasanda??  It is a meal that originated at court of ancient Mughal Emperors. 'Pasanda' name was derived from Pasand, meaning desire in hindi.  This indirectly shows that it should have been emperor's ulitimate/desired dish.  Here, the meat from lamb leg (or chicken pieces) were marinated with yoghurt, chilly powder, other selective spices and were grilled to perfection.  What initially started as a kebab/grilled starter gradually transformed itself into mild creamy sauce with addition of cream, coconut milk and almonds.  Vegetarians can also replace chicken with mixed vegetable to have this dish which is 'full of desires' ;) 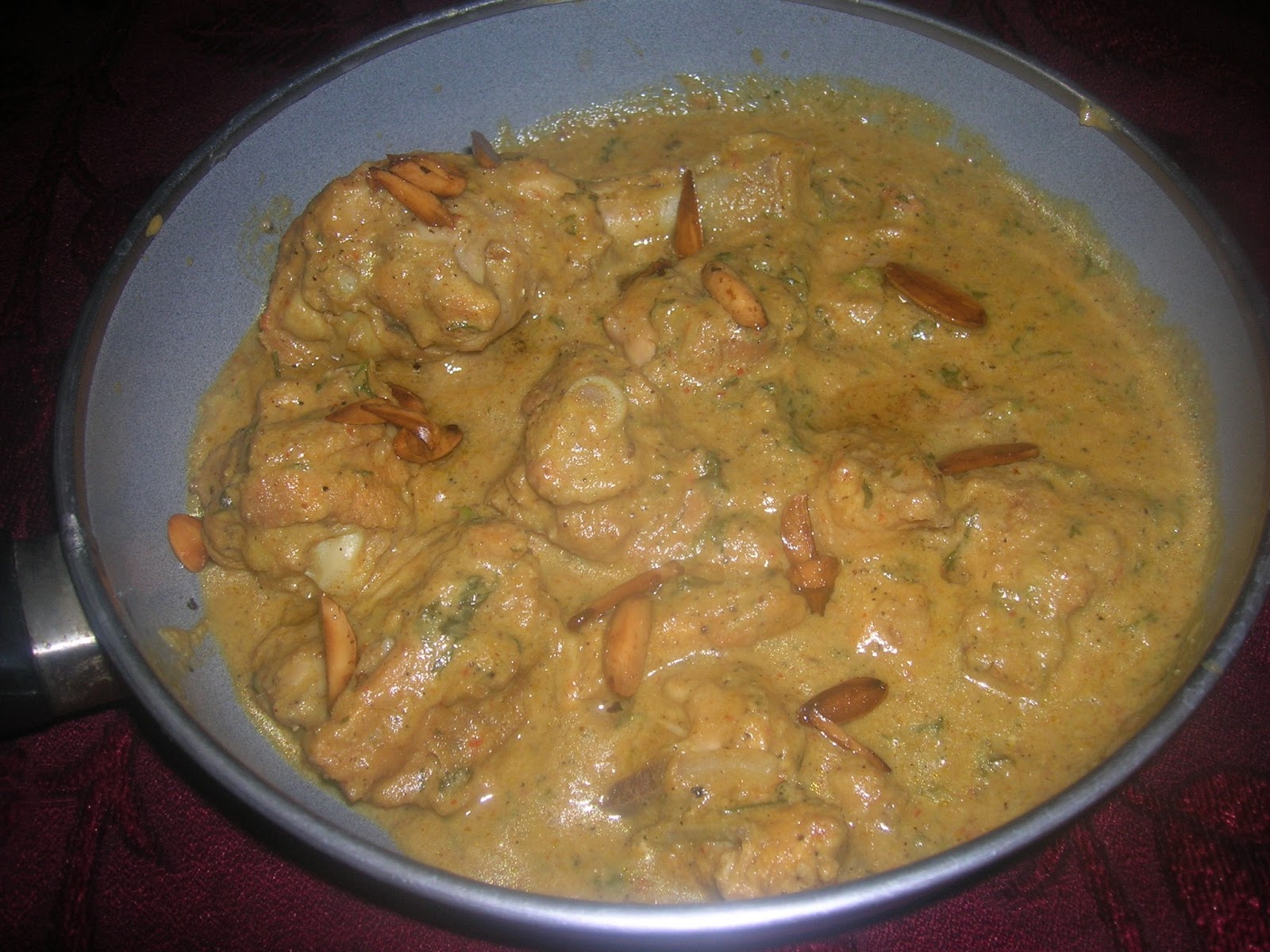 So, let us move to recipe


To be roasted and made into paste
To temper
Other 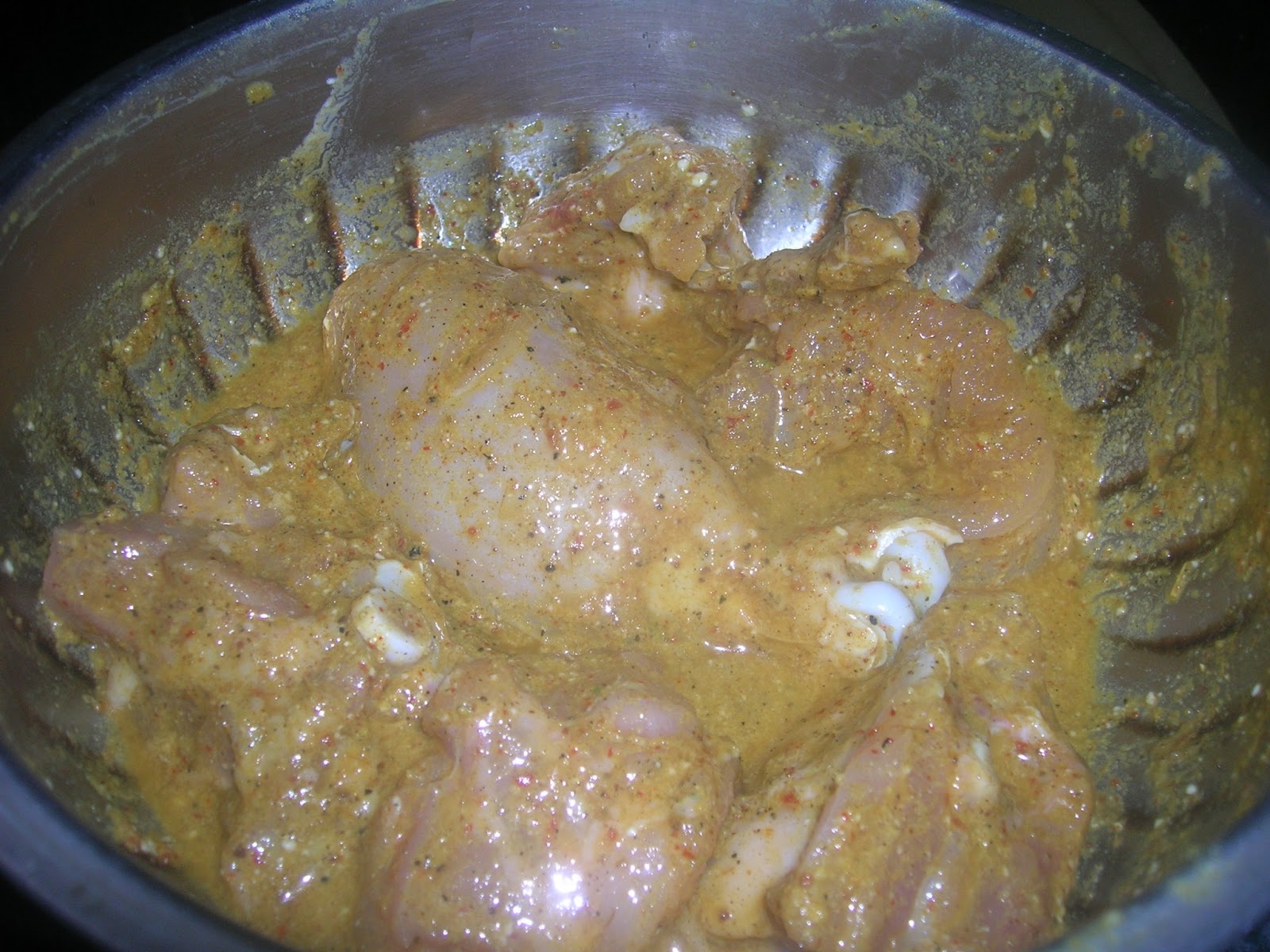 Then, combine milk powder, coconut powder and almond pieces in kadaai and dry roast them till they are golden brown.  Blend them into paste, keep aside 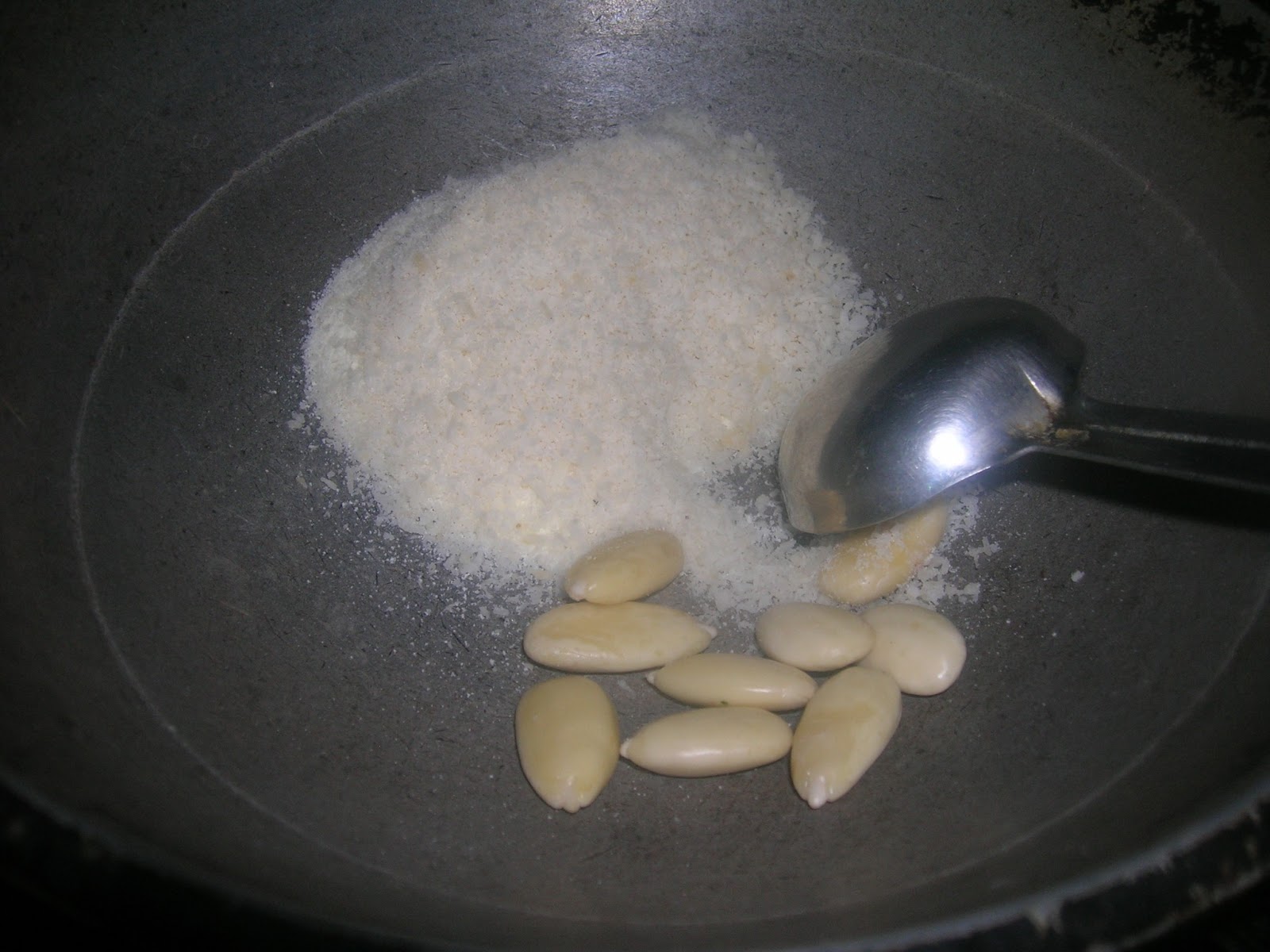 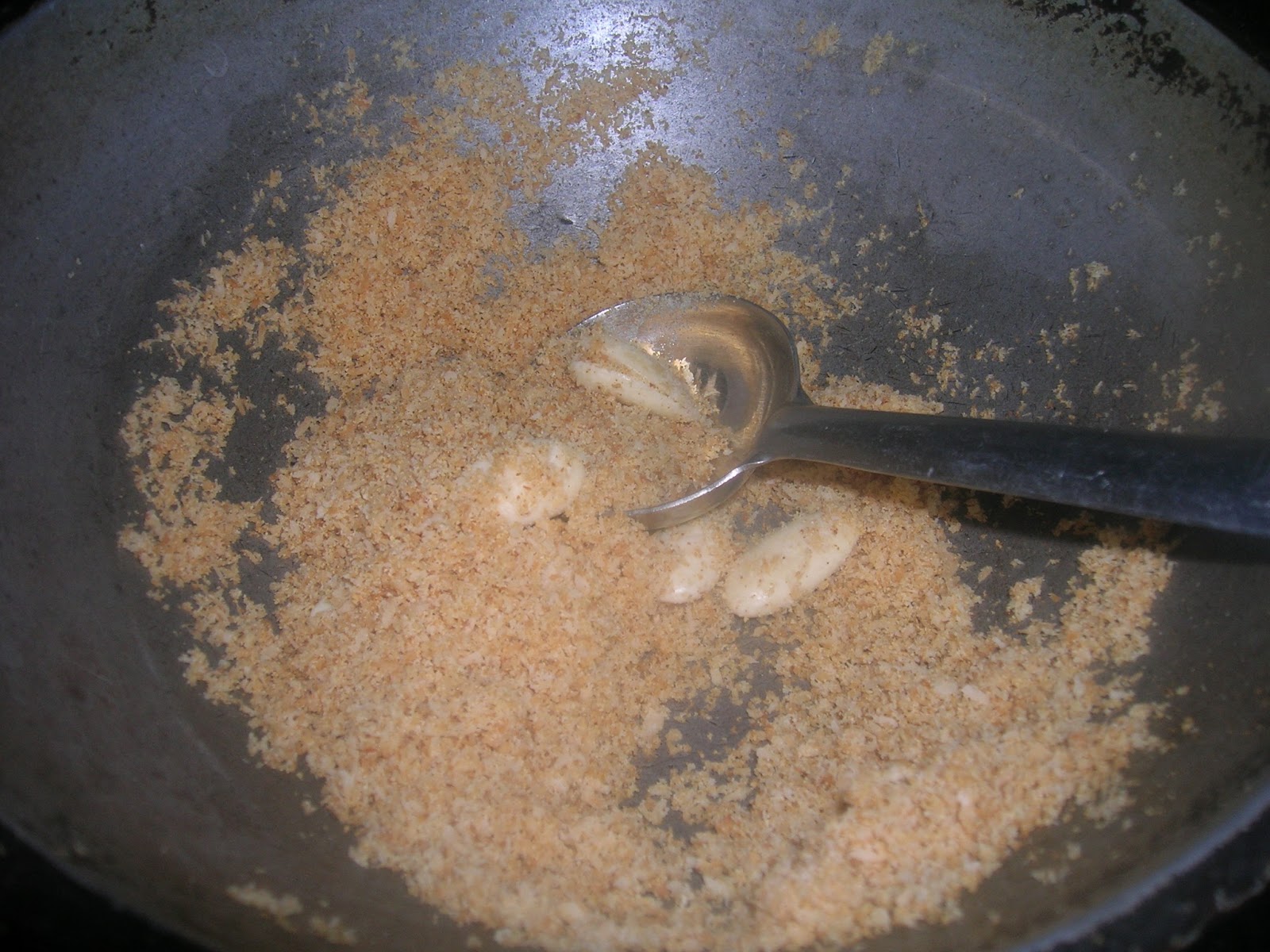 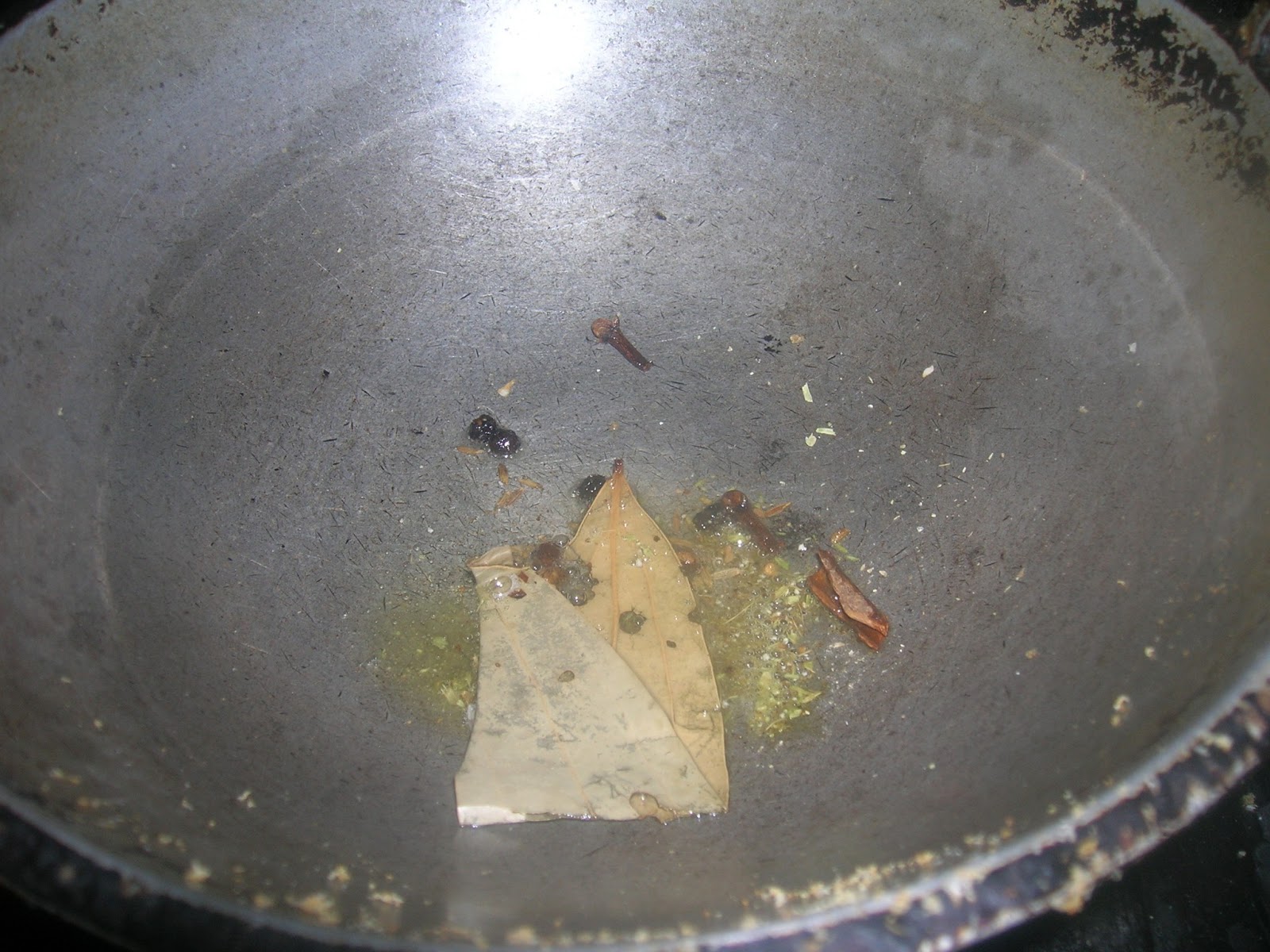 Then add in chopped onions followed by tomato puree. 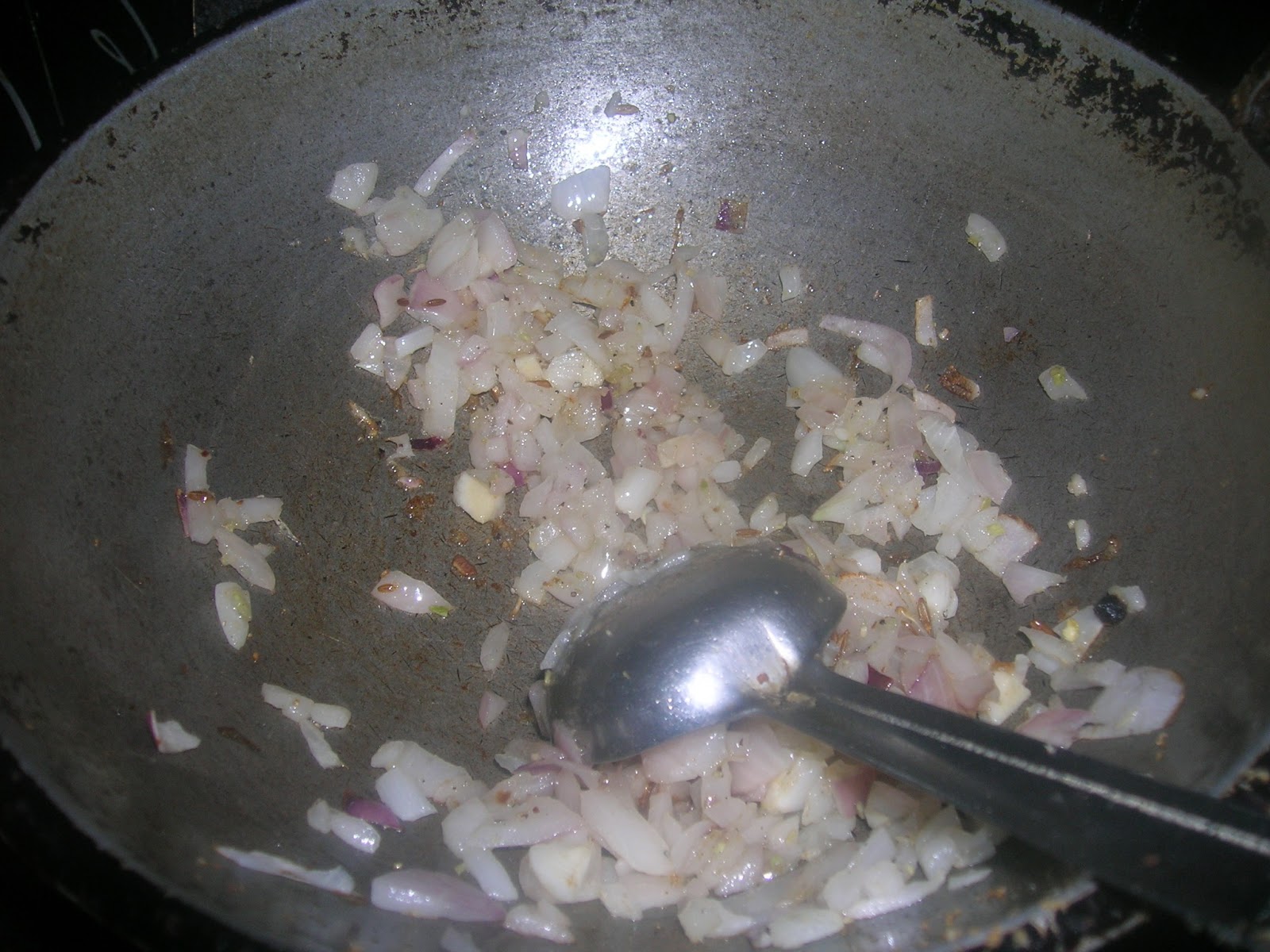 Now, add in marinated chicken pieces along with masala.  Cook till chicken is 90 percent done. 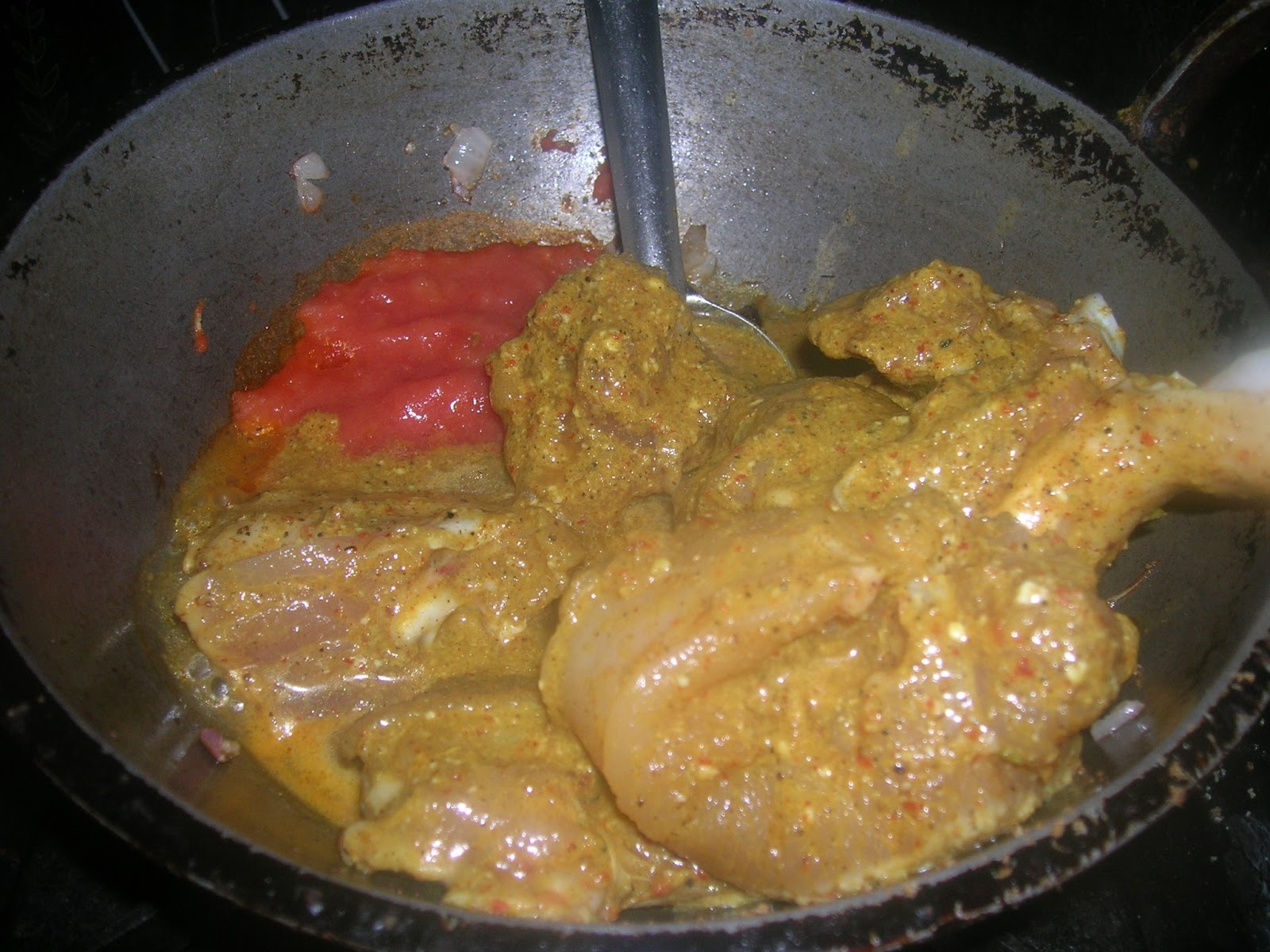 Now, add in creamy paste (of coconut-milk-almond mix) Care should be taken that this paste should be added just ten minutes before ending the dish.  If you add it early, paste has chances of coagulating. 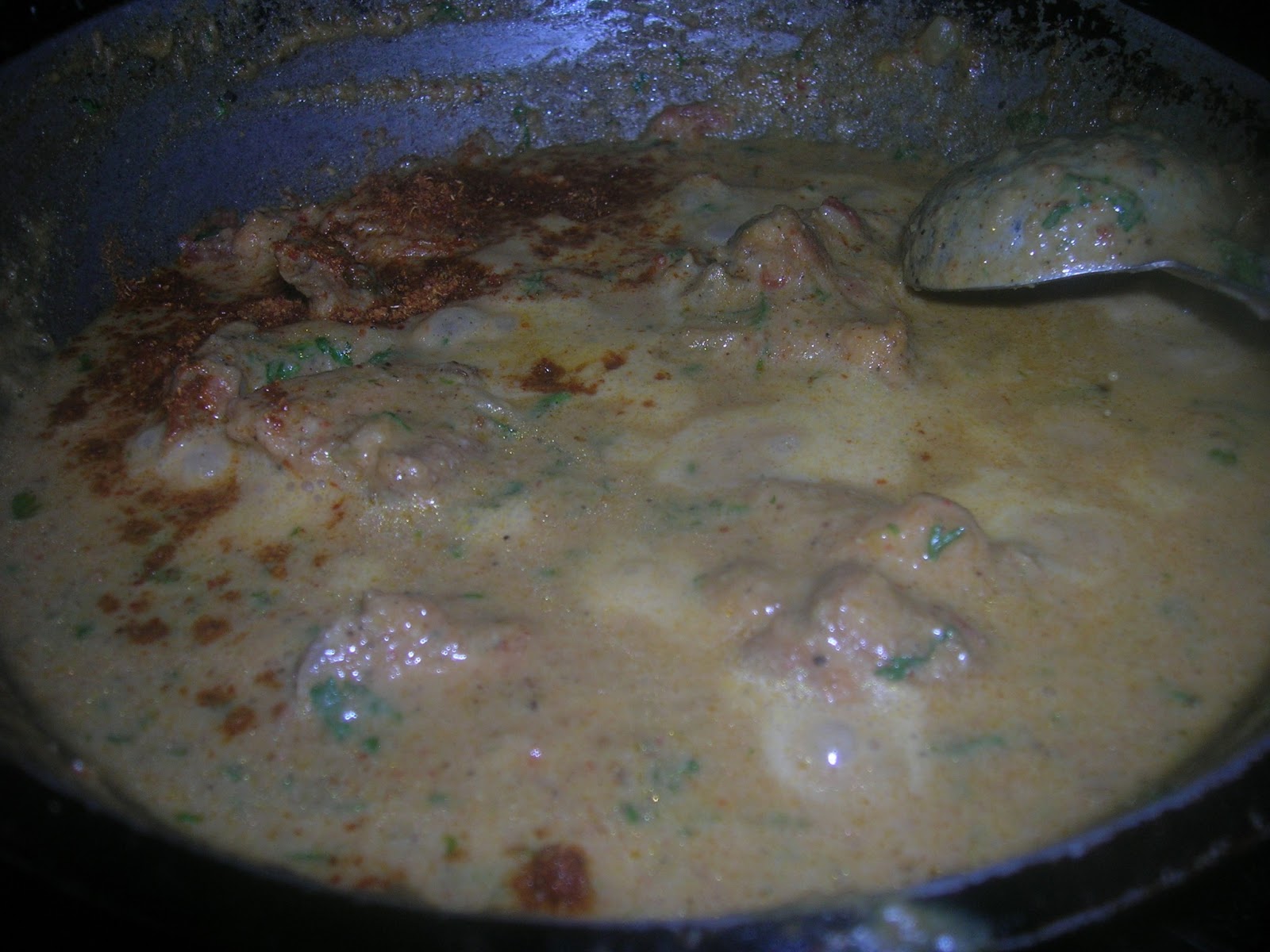 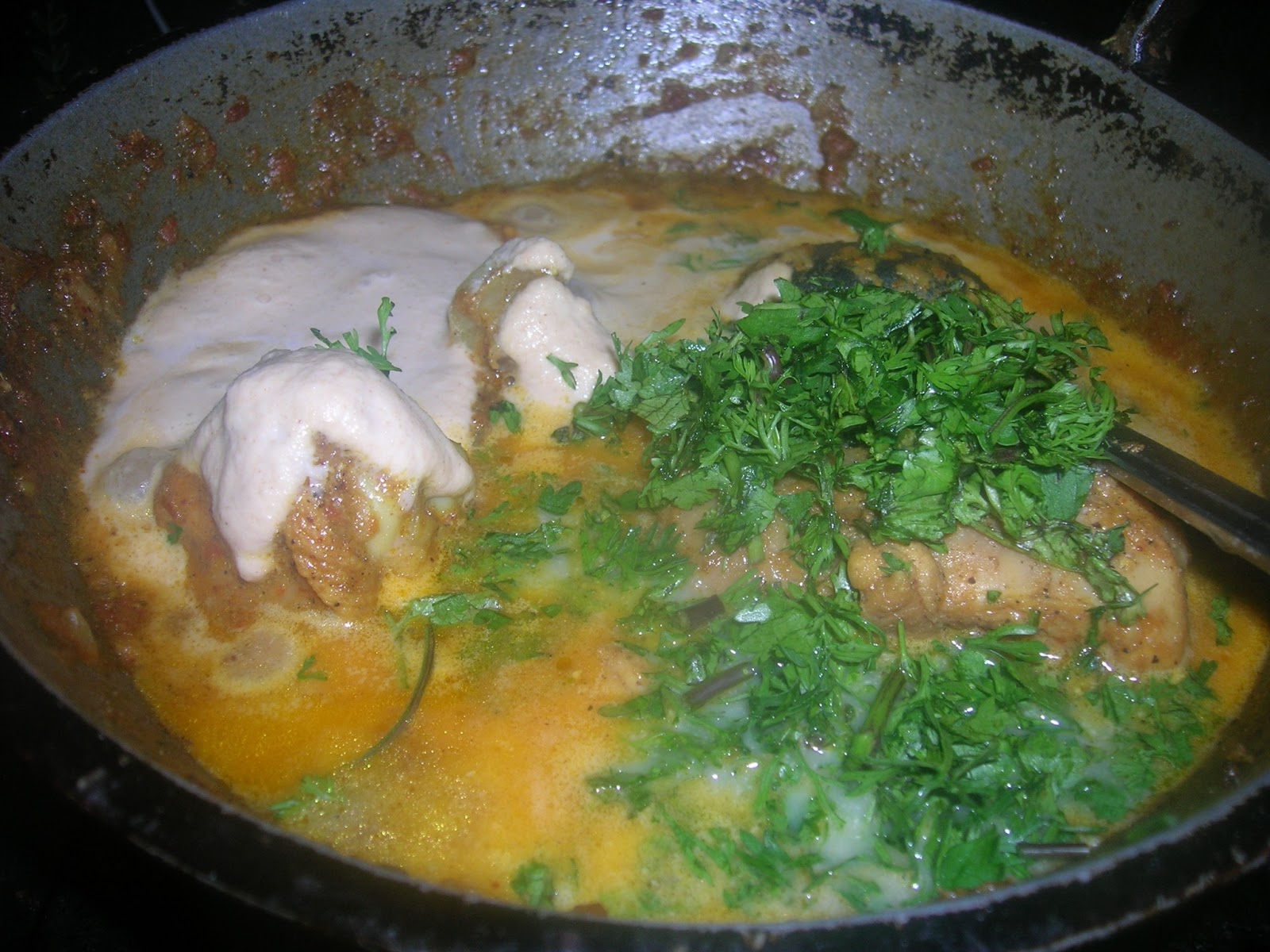 This Murgh pasanda can be served with any bread of ur choice.  Hmm.. it is mouth-watery, isn't it?? 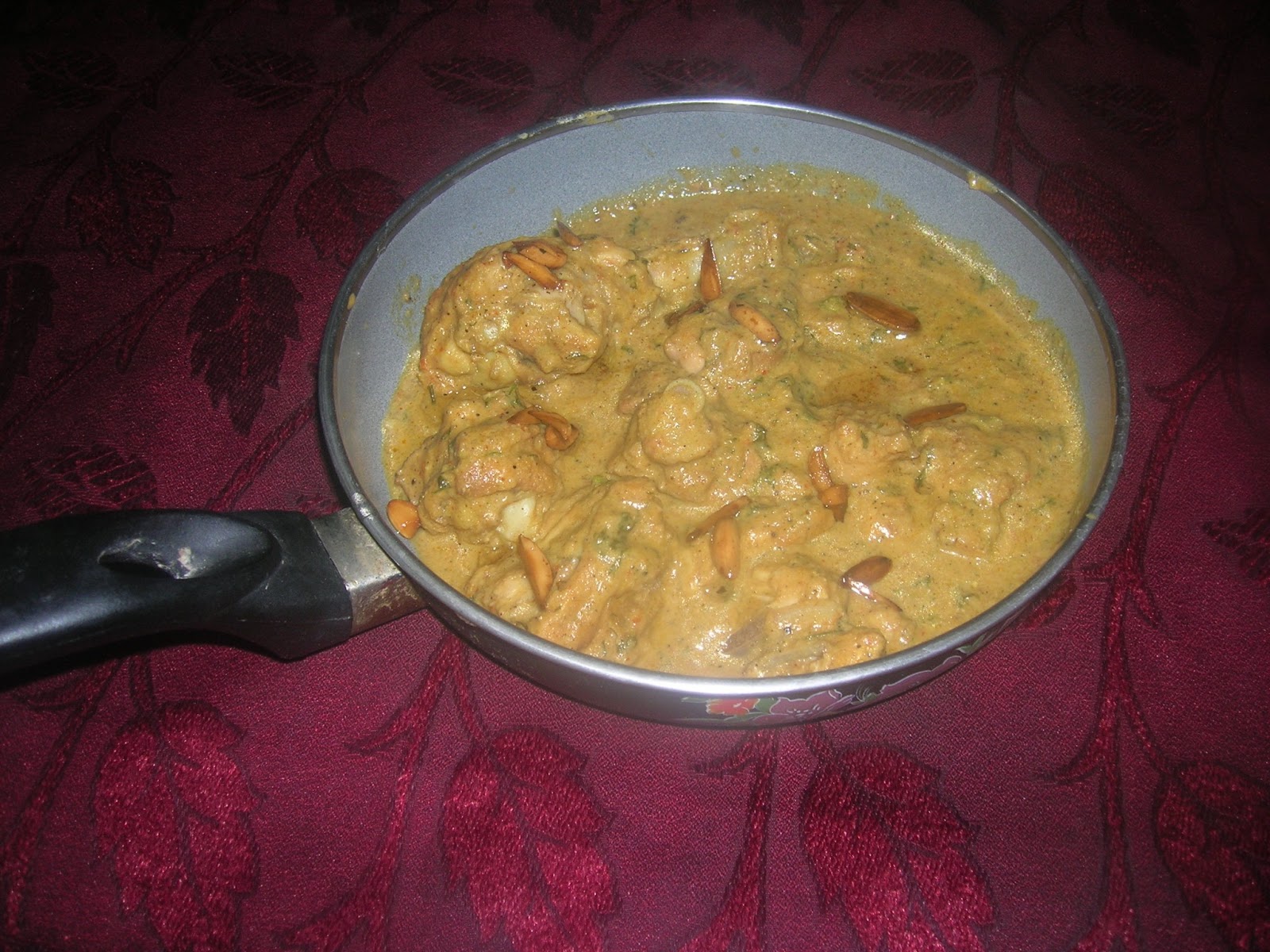 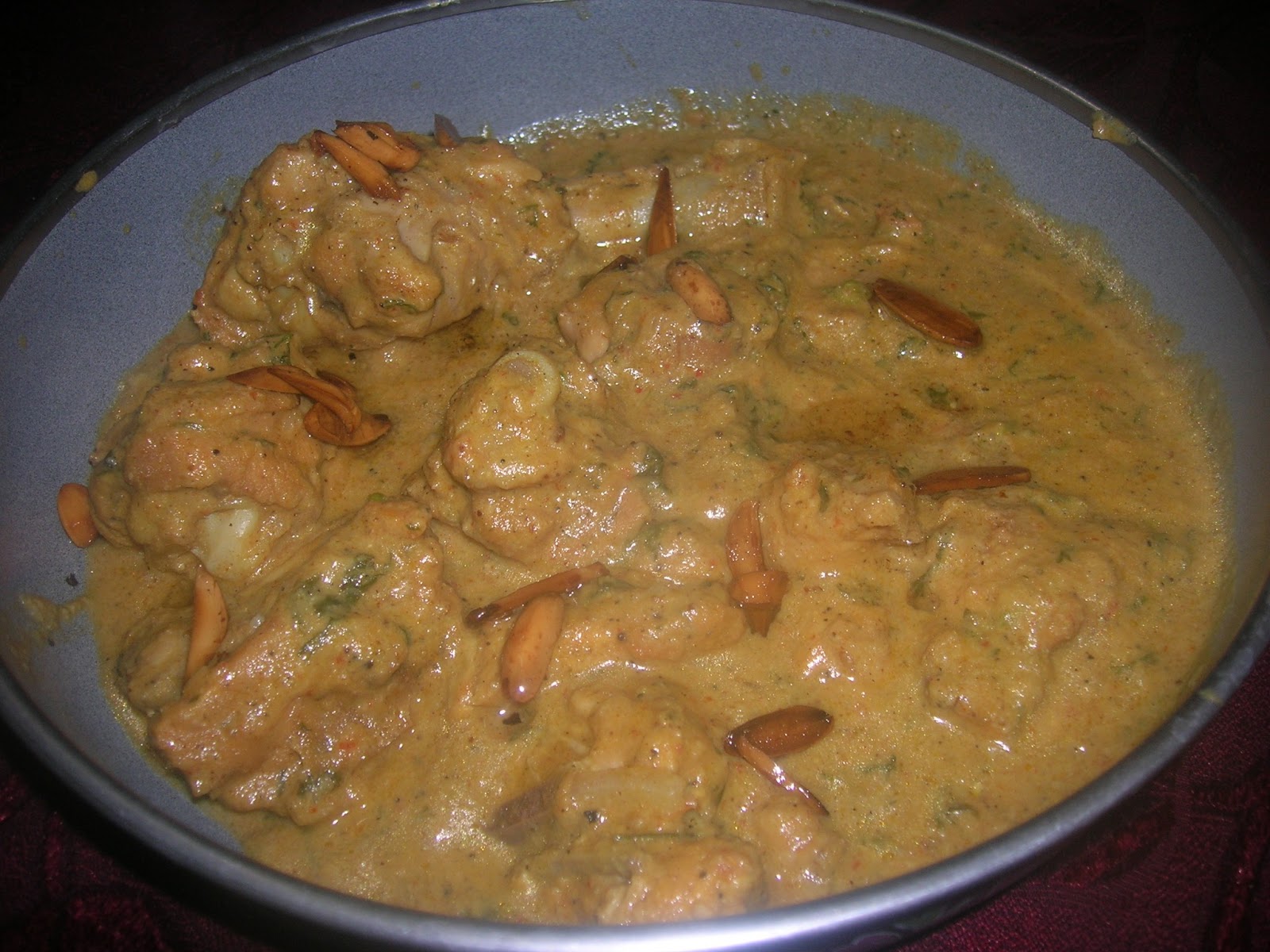 So, wat say guys??  I do suggest you prepare this aromatic delicacy as an surprising treat for ur better half @ Valentine's day.  As the best way to reach a guys is through his stomach, isn't it??   :) :) Show him ur delicate luv by preparing this murgh delicasy.....I am planning to make candle-light dinner accompanying my hubby's favourite dishes (of course, Murgh pasanda is one of them !!!!)


I am linking this post to Priya's Valentine Day Recipe Contest 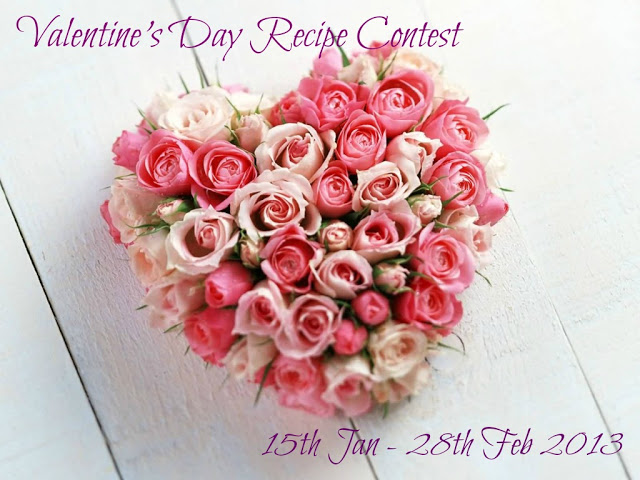 Hi guys..
Kindly drop by ur suggestions for my post... Ur beloved comments/suggestions mean a lot to me! 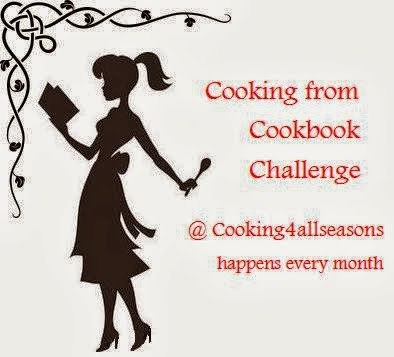 Am an active member of 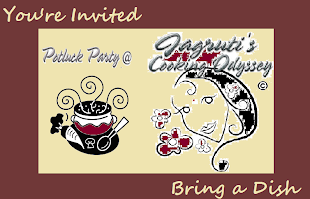